Scissors are one of those things that you take for granted until they don’t do their job. On Happiest Camper sews, we show you the 8 Best Sewing Scissors You Need! I like to cut out the frustration and start with the best scissors, making every slice smooth. But it’s more than just reducing the frustration. Different scissors have different jobs, and I have found that if you start with the right scissors, it’s going to make the cut cleaner, easier, and more professional-looking. Whether you like small sewing scissors or large sewing scissors having the one that fits your hands helps. Plus, having a good pair of scissors to rely on is just a better way of working. A contractor wouldn’t want to show up to a job site to build a house with a barely-working drill and saw. So why would you bring your falling-apart, dull-bladed scissors from 1st grade?!

Make the cuts cleaner and, as a result, your project a lot more fun by snagging one (or all) of the 8 best scissors. Cutting like a warm knife through butter is absolutely worth it. Maybe you’re looking for a sewing scissors set or the best small sewing scissors we are here to help you out. Not all scissors are created equal and just because some are considered high-end sewing scissors it doesn’t mean they are all worth the expense. So let’s get into the best scissors you can buy and why each one is uniquely fantastic in it’s own way.

If you’re looking for a pair of scissors that will cut through all of your random needs, get you through a few crafts, this is a great choice. Comfortable grip and a workhorse you’ll really value. Bes part, though, is that you can get several pairs for a reasonable cost that you can keep around the house, keeping your special pair for sewing safe from anyone that might pick them up to cut a dreaded piece of paper!

Over 20 thousand reviewers are not wrong. These shears are some of the toughest, sharp, most serious scissors I’ve ever used. The titanium coating isn’t just for looks – it will help keep the scissors sharp throughout use. Which means more cutting and less frustration. Plus, they’re resistant to rusting, so even if you were to use your “best” scissors for something wet and set them aside without wiping them down, you’re not likely to lose use of them over time. Score!

A classic set of scissors that you are NEVER going to forget. They take a beating and keep on slicing right through fabric like butter. I think my mom had these when I was a kid – and the quality has not changed one bit. So, if you love a true pair of scissors you know are going to last, these orange-handled beasts are going to be with you for the long haul. A true work-horse, you can make a million cuts with these snips without missing a beat!

If you’re more of a classic-scissor wielder, making a dress with the most classic of all blade-sets is one of the most satisfying experiences. You can almost feel the ancient hands of your grandmothers and their grandmothers holding the handles with you and cutting each hem line. These antique sewing scissors are the workhorses of teachers and moms with a utility drawer of various supplies for craft projects. Cut anything with them and sharpen as you need, these will be by your side for any project ever.

Singer is the maker of all the top-of-the-line sewing gear and that includes sewing scissors. And if you ever have detailed scissor-work, you know that having a pair of scissors that are not only sharp, but that are small and work in tight places is a must. And it’s not just about having small sewing scissors, it’s having scissors that cut from tip to joint, sharp and sure, every time. These little nano-tip scissors really deliver with no questions asked.

For anyone that’s cut with straight-handled scissors, you know that the experience is so unique and really worth having it when you’re making a lot of cuts. The control, the smoothness of the movement, it’s definitely worth it if you’re cutting multiple things. Then, add in the titanium coating and you’re upgrading the experience for certain.

Cute and functional, these small sewing scissors aka little snips are the best for popping right through all the extra threads that remain at the end of a project. Or the beginning, if you’re like me and need to trim a few after a false start or two. What I like about these is more than just the slick presentation – it’s the sharpness from the tip to the joint, which means you can snip all the threads to your heart’s desire!

I have these in my hot little hand often when I’m sewing. I find these to be a great all-around set of scissors. Intended to help folks who have arthritis or other hand pain that limits your ability to use a pair of traditional scissors, these scissors are a serious help to anyone – hand pain or no. They remain sharp after repeated use, making for a great pair of scissors, but more than that, they’re great for repeated cuts because you basically eliminate the up-movement.

I seriously love each of these scissors in their own way. I have experienced my fair share of cutting – perhaps my own share being more than “fair” because I do so many DIY crafts and sewing projects. It’s crazy how often I find myself holding a pair of scissors, going after a piece of fabric, paper or thread. So, of course, I want a good, solid tool to use, that I don’t have to continuously sharpen or fight with to get a cut made. What’s more, I love having a good pair of scissors because it’s not just about the cut working out well. It’s about making my projects go smoothly, about being efficient with my time – and enjoying what I’m doing. That means, having a good pair of scissors is paramount. Whether you decide to get just a pair of sewing scissors, small sewing scissors, antique sewing scissors or shears if you take the time and get a good pair and spend the money in the end you will save a lot of frustration!

If you liked learning about the 8 best sewing scissors you need, make sure to pin it to your favorite Pinterest board or share it with friends on social media. If you decide to make this simple project on your own, make certain that you take a picture afterward and tag us on social media as we love seeing the fabrics and color choices that people use!

Make sure to check out our Sewing Hacks and Tricks post as one of them discusses how to keep your scissors sharp. Or if you are looking to put those brand new Fiskar’s Orange-Handled Sewing Scissors to use then check out our Mega List of Easy Sewing Projects. If you are just getting started we have a tutorial to show you how to square up fabric properly. 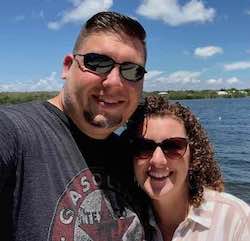 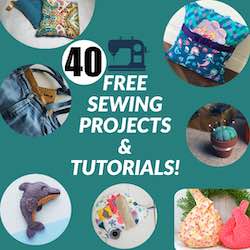